Zika Is Spreading Through the US—Should You Worry?

It’s a precarious time because the Zika virus is in the U.S. and spreading. How should we react—Worry? Ignore? Panic?

What the Experts Say

February 1, 2016, the World Health Organization (WHO) declared Zika a public health emergency. Zika was first discovered in the 1940’s, but the outbreaks have been minimal throughout the decades. Also, the illness can be asymptomatic, so most likely, many cases have never been reported. Now, however, we understand that the consequences of contracting the virus can be dire.
To date, over 60 countries have reported cases of Zika acquired from mosquito bites. Eleven countries report Zika contraction from sexual intercourse. In Brazil, there are many cases that have been transmitted via blood transfusions.

What’s Happening in the U.S.

In the U.S. there have been over 1400 travel-related cases of Zika to date. In Puerto Rico alone, there are more than 3,500 cases that were acquired locally. The Aedes aegypti mosquito (a carrier of the virus) is found in Florida and other nearby states. According to the CDC, it has now been confirmed that at least 28 cases out of Florida have originated from local mosquito bites.
The director of the CDC is urging pregnant women to avoid a small section of Miami-Dade County called Wynwood. It’s believed the mosquitoes there are transmitting Zika.
The CDC provides safety reports on where travel may be unsafe in foreign lands. This is the first time U.S. citizens have been warned not to travel to a particular place within our 50 states.

What Do We Do?

Don’t panic. But don’t ignore. The virus is spreading. However, there are precautions one can take. If you’re pregnant, practice safe sex and avoid going to warning areas. If pregnant or you’re planning to conceive within a year, use DEET to repel mosquitoes and wear long sleeves and long pants, and get tested often. Many women and men have tested positive and never showed any symptoms of having contracted the Zika virus.
The virus causes seriously horrific birth defects. Fetuses in the first trimester of pregnancy may be most vulnerable. Scientists still don’t know, however, if the virus creates any long-term effects on a fetus in its second or third trimester. Again, it’s recommended for women to get tested in each stage of pregnancy.

We can take precautions by doing our best not to get bit, practicing safe sex, and avoiding contaminated blood transfusions. The State of Florida, along with other states and the federal government will need to figure out some new aggressive efforts. Currently, there hasn’t been a visible reduction in the number of existing Aedes aegypti mosquitoes—even with traps. Another theory is that the insect may have become resistant to the repellents being used.
Hopefully, officials will soon find a way to deter the mosquitoes from thriving and populating. Additionally, it would be a great breakthrough if a Zika vaccine was eventually developed.

Our Top 5 at Home Mud Masks 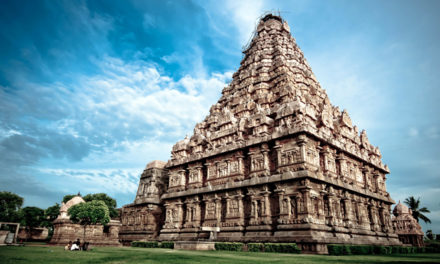 How To Beat The Bloat