Does Weather Affect Your Joint and Back Pain?

Many people with chronic lower back pain and osteoarthritis claim the weather affects their symptoms. A recent study, however, revealed that the weather plays no part in the above claim. What do you think?

The Weather Vane and Pain Debate

Cold, damp, and crummy weather has been linked to body aches since before Medieval times. In fact, Hippocrates, around 400 BC, wrote about the effects of winds and rain on chronic diseases. For thousands of years, people’s perceptions have been that inclement weather is associated with joint and back pain. But, can this be proven scientifically? Or is this just the maintenance of pre-existing beliefs?
In 1995, researcher Amos Pversky attempted to tackle this question. His study observed participants for over a one-year period. The arthritis pain reported by the individuals had no considerable association to the weather. Pversky concluded that people tend to perceive correlations between uncorrelated events; that is, it’s a learned perception and sustained over time.
A study in 2007 out of Tufts University begs to report the opposite. Their research showed that for every 10-degree drop in temperature, participants’ arthritic pain increased. It was not the actual temperature decrease, however, that necessarily agitated one’s physical condition—that, too, was discovered. The suspected culprit was low barometric pressure and precipitation.
In 2014, a study out of Australia reported that people only took note of their pain on inclement days. When it was sunny or warmer, they didn’t report pain because they weren’t thinking about it. That research, which analyzed almost 1,000 participants’ lower back and overall body joint pain, found no link between the weather and poor symptoms. The “weather” included: temperature, air pressure, wind velocity and direction, and relative humidity.
That Australian study received such resistance on social media that the researchers decided to run yet another test. The newest research from The George Institute for Global Health recruited people with knee osteoarthritis and lower back pain. Scientists compared weather (from the Australian Bureau of Meteorology) with the participants’ reports of pain and its onset. Again, the two conditions (weather and pain) were not significantly linked.

So, Why The Continued Debate?

Well, researchers may be likely to pinpoint atmospheric conditions as the cause, as opposed to temperature. A decrease in barometric pressure may cause swelling in joint capsules. The neurofibers around the joint sense the inflammation and send a signal of increased pain.
“Barometric pressure, also called atmospheric pressure, is the weight of the atmosphere around us. The atmosphere exerts force on everything it surrounds, and changes in temperature and altitude affect the amount of pressure from the atmosphere. Although the change is barely perceptible in most cases, colder, damper weather can cause a drop in atmospheric pressure. With decreased pressure, the tissues in our bodies can expand and may press against joints and the structures in the back. If you have a painful condition like arthritis, this pressure may make it worse. High altitudes also have decreased barometric pressure, which is why people often experience swelling while flying.”

What Can We Summarize?

Temperature itself is not a direct cause of joint or back pain. However, changes in temperatures may cause alterations in atmospheric pressure. It’s that pressure that be pointed to as a cause of increased potential discomfort.
“Back pain affects up to a third of the world’s population at any one time.” Thus, pointing to weather as the influence can’t really be substantiated.
The bottom line is that if you suffer from joint or lower back pain, there is an underlying cause. You have an existing condition, regardless of the weather. Focusing on treatment, pain management, and prevention of the ailment will be more productive. See www.GetThrive.com for other related articles on health and pain relief.
Sources:
https://medicalxpress.com/news/2017-01-weather-blame-aches-pains.html#jCp
http://www.spinemd.com/news-philanthropy/do-changes-in-weather-cause-increases-in-back-pain
http://www.arthritis.org/living-with-arthritis/tools-resources/weather/
https://michaelgleibermd.com/news/3-myths-cold-weather-back-pain/
https://www.ncbi.nlm.nih.gov/pmc/articles/PMC39730/pdf/pnas01514-0279.pdf

Charity is Good for Everyone 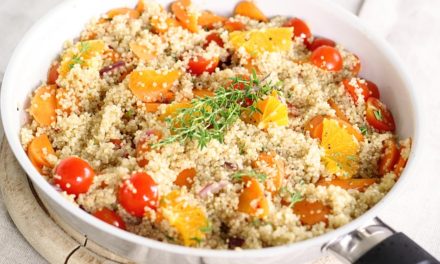 What Are Ancient Grains? 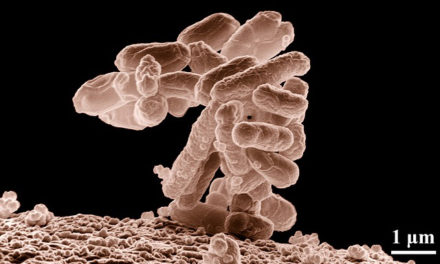 Fluoride, Water, and Bottled Waters. What Should You Drink?