When it comes to vitamins, we read labels, blogs, and listen to advice from health experts. But there’s one necessary vitamin we are short on, and probably never even heard of. Its name is Vitamin K2.

We’ve heard of Vitamin K1 from cereals and health-oriented sources. It’s well known for its ability to assist with proper blood clotting. It can be derived naturally from green leafy vegetables, cruciferous veggies, and in smaller amounts from fish, liver, eggs, and cereal.
Most people on a Western diet do not consume enough foods containing K1. Even with supplements, most Americans are deficient in that particular vitamin.
Vitamin K2 is actually made from Vitamin K1. But because most are lacking in K1, there is no way that our bodies are creating enough K2.
Vitamin K2’s job is to carry calcium to the proper places such as your bones, joints, and teeth. When we are K2 deficient, calcium gets moved to other places like your arteries—which creates a negative affect for your heart and brain.

Why Aren’t More People Talking About This?

There have been numerous recent studies on the valuable importance of Vitamin K2. Mostly all of the findings point to adequate intake of K2 being a worthy prevention for Heart Disease.
Vascular calcification can be diminished when Vitamins K1 and K2 are in abundance as our biological functions require. One study out of Rotterdam, which analyzed almost 5,000 participants, showed that coronary heart disease mortality was reduced in those with proper amounts of Vitamin K2. And, a risk of acquiring heart disease was lessened by over 50%.
Atherosclerosis is the hardening of the arteries. Arteries carry oxygen-rich blood to your brain, heart, and other areas of your body. The “hardening” is actually plaque build-up. The blood has difficulty getting where it needs to go when there are blockages. Plaque consists mostly of fat, cholesterol—and calcium.
How is that calcium getting into the bloodstream? One reason is because it’s not being transported to the places it should be going (ie. teeth and bones), due to a shortage of Vitamin K2 to lead it there properly.

Other Vitamin K1 and K2 Benefits

Diabetes risk can be decreased by as much as 51% with increase ingestion of K1. It plays a role (along with other mechanisms) in regulating glucose.
Autoimmune Diseases may be helped to be put into remission. One study presented that osteoporosis may be preventable from those suffering from rheumatoid arthritis. It also showed that Vitamin K2 may even help put rheumatoid arthritis into remission.
A German research group discovered that vitamin K2 provides substantial protection against prostate cancer.
Studies analyzing CT scans are looking for signs of coronary calcification reversal. Along with a healthy diet and exercise, Vitamin K2 may help decrease plaque and prevent build-up in the first place.

Getting Vitamin K2 from Food

The daily requirement for K2 can be nebulous, but many health experts recommend between 100 and 200 mcg (although the RDA requirement is significantly much lower.) No matter if you eat K2-rich foods or take a supplement, you need to take/eat it with a good fat. Vitamin K2 is fat-soluble, and you won’t fully absorb it unless it’s paired with fat.
Here are some food suggestions: Natto (a fermented Japanese food that tastes bitter), hard and soft cheeses, egg yolks, butter, chicken liver, grass-fed beef, and organic chicken breast.
Green leafy vegetables are terrific too, like spinach, kale, collard greens, etc. But you need a ton to get close to fulfilling enough Vitamin K2 in your diet.

We hear doctors telling us not to eat to eat egg yolks because they are full of cholesterol. But Vitamin K2 is found in yolks, and we need that vitamin. So is the egg yolk causing clogged arteries? Or is the lack of a natural digestive substance causing calcium build-up in the arteries and also preventing the body from maintaining its intended healthy process?
For other thought-provoking articles and tips on best health practices, see our collection at www.GetThrive.com 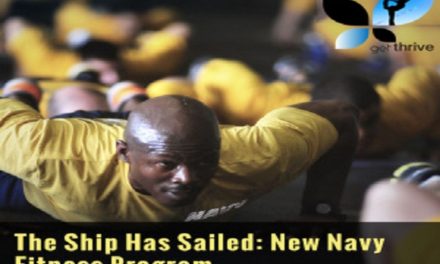 Our Top 5 at Home Mud Masks