A Viral Tale (Almost) Too Good To Be True

Fall Is In the Air

Unless your head’s been buried in the sand, you’ve noticed a little something called college football back on the airwaves.  Few events usher in the autumn season with as much fanfare as the pageantry of college football.  Millions of people attend and tune into games each weekend in support of their rooting interest.
And it seems that each year personal interest stories abound with the negative aspects that come along with the sport.  From assaults to academic failures to DUI’s, the media has plenty to report.

And so, it has become a rarity to celebrate the positive stories.  Last week, however, the script flipped.  From one of the universities most notorious for negative news over the past few years, Florida State University, a viral tale with a happy ending was told.
During a visit to Montford Middle School in Tallahassee, members of the Florida State football team joined students during lunch.  Travis Rudolph, a wide receiver for the Seminoles, observed one student seated alone and asked if he could join.  The boy, Bo Paske, eagerly agreed.  Rudolph later learned that Paske has autism which has alienated him from his peers.
While Rudolph and Paske unsuspectingly ate together, an adult took a picture and later posted it to Facebook.  The photo went viral. Within days the story made national headlines; and, to Paske’s delight, he gained a table-full of new friends for lunch.

Since their meeting, Rudolph has reached out to Paske to present him with a jersey and tickets to a game.  This one small act of kindness made the day for a student with special needs and changed his outlook for the future.  Sometimes, in the midst of the negative noise, it can be easy to overlook the good things our society has to offer.  Let this be an example of another way! 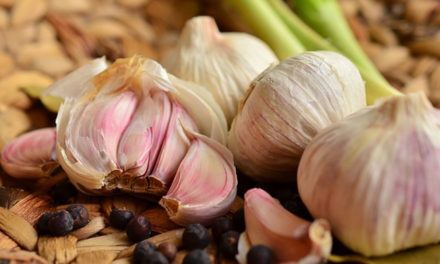 Superfood? It's the Gift that Keeps on Giving…

Do You Know What Your Health Score Really Is?