It’s no secret that exercise reduces stress and helps relieve symptoms of depression in adults. So, why wouldn’t it follow suit to benefit kids the same? According to recent studies, structured exercise is showing to improve behavioral issues in youngsters.

Working Out Some Problems

Over the past decade, there has been much speculation and study based on exercise being a beneficial tool for kids, especially as students. Physically, movement is essential for overall health. However, it appears that exercise helps the brain, too.
In the January 9th issue of the journal Pediatrics, there are two separate studies published in regards to children, exercise, and mental health. Traditional physical education or “gym” class is not necessarily the key to working out the behavior kinks. Kids with behavioral issues don’t always thrive in organized sports with stringent rules, and also have a tough time with the concept of winning and losing.

Exercise With a Purpose

For one of the studies, the researchers chose to work with students who display behavioral problems. One of the goals was to redirect the brain from worry to positive focus. The kids were given stationary bikes, which had screens attached for “virtual” riding. It made the exercise into a structured activity—one that would also keep their attention.
Of the several benefits noted, one was that the brain’s neurotransmitters reaped positive results for mood and behavior regulation. Riding the bikes increased endorphin production. Normally, the kids only experienced short bursts of aerobic activity.
Another preferential observation made was that the students who rode the stationary bikes were almost 50% less likely to be disruptive in class than before. (Before, they “exercised”, but it was in a traditional gym class.)

The average biking in the study was conducted twice a week, each for a 30-minute period. Even for that minimal amount of structured and focused aerobic exercise, the students’ behavioral improvements were noticeable. “On days that the students biked, they were less likely to be taken out of the classroom for unacceptable behavior.”
Another important element the researchers discovered was that the kids who rode the bikes had improved ability to manage conflict. Their responses were more thought out rather than emotional and reactionary. The benefits were certainly recognized on the days they “exercised,” but the lead author also noted there were some “carryover” effects on other days.
The other study published simultaneously had been conducted in Norway. Their research measured activity levels at age six and then again at eight. The kids who were more active showed fewer signs of depression in the follow-up two years later.
As with any program implementation, there are decisions, logistics, and costs to be assessed. With more studies proving the positive effects on youngsters’ minds, hopefully, more attention will be paid towards making exercise a priority.
For other articles on best physical and mental health research and tips, check out www.GetThrive.com
Sources:
http://www.upi.com/Health_News/2017/01/09/Exercise-An-antidote-for-behavioral-issues-in-students/9341483998117/

How To Choose The Best Probiotic 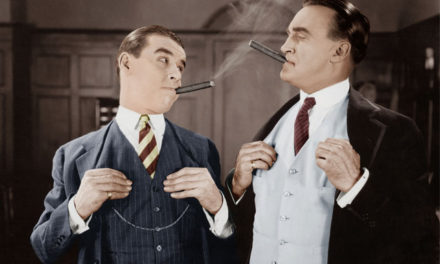 Is Fentanyl the New Killer?