Spice up Your Brain Cells!

A lot of folks are hearing about how certain spices (besides adding flavor) flaunt healing qualities! But did you know that there are several natural compounds that actually protect our brain cells from degeneration? Check out how certain spices may help create new treatments for diseases like Alzheimer’s and Parkinson’s.

Dementia is an irreversible, pervasive affliction that currently affects over 25 million people globally. The condition is progressive, and our methods of treatment are: 1) dealing with symptoms, and 2) attempting ways to keep degeneration at bay for as long as possible.
Alzheimer’s Disease is the most common form of dementia.
There have been (and continue to be) studies examining how particular spices affect the brain. The hope is to discover significant compounds that may help prevent, delay, or even treat neurodegenerative diseases. Four main spices are often in the forefront of such studies. They are: cinnamon, turmeric, ginger, and saffron.

A study conducted back in 2005, researched antioxidant levels in 26 different herbs and spices. In the Lauraceae family, cinnamon was found to have the highest antioxidant rate. The most positive elements in cinnamon have anti-inflammatory effects.
Inflammation has shown to accelerate the decline of brain function. If cinnamon can decrease the inflammation, then it’s possible that using the spice medicinally may decelerate the progression of neurodegenerative diseases.
With a condition like dementia, the brain cells are negatively affected by oxidative stress; they become damaged, mutated, and no longer allow the brain to work at its healthiest capacity. It’s also been discovered that cinnamon activates proteins that actually protect healthy brain cells from becoming mutated or being destroyed.
Studies show that cinnamon boosts cognitive function.

Turmeric is a spice that’s harvested and is health-rich in its root. It’s long been used in Ayurvedic medicine, whose origin is at least 5,000 years old. It’s also known as Curcumin.
Two of turmeric’s greatest healing strengths are inflammation reduction and cholesterol lowering. Researchers are exploring the use of curcumin in treatment of Alzheimer patients. Symptoms of the disease may be reduced with the introduction of turmeric. The spice is somehow able to restrict cholesterol formation, protecting the brain and its cells.
A tidbit about turmeric: In order for its positive effects to be absorbed and utilized, turmeric must be used in conjunction with fats or black pepper. If and when scientists include turmeric into a medicine for dementia patients, we surely see the inclusion of black pepper and/or fats in the mixture.

Ginger, commonly referred to as a root, actually isn’t. Ginger is a rhizome, which is an underground part of the stem. It comes from a plant called Zingiber.
This spice is in the same plant family as turmeric. Perhaps that’s one of the reasons why ginger is also an excellent anti-inflammatory. For thousands of years, holistic medicine has looked to ginger to help treat dementia and common memory loss.
A paper published by Chinese scientists in 2013 revealed the promising effects of ginger on laboratory rats with Alzheimer’s. After the rats were administered with a ginger “medicine”, their behavioral dysfunction actually reversed. The other observation was that the medicine prevented Alzheimer symptoms from reoccurring with continued use.

Many know saffron as being used to brightly dye and flavor foods. It also has a distinctly pleasant aroma. And, it’s one of the most expensive spices in the world.
Saffron is, too, a powerful antioxidant. Tested in comparison to carrots and tomatoes, this spice won the race for richest antioxidant activity. A lot of research is currently being done in Iran and Spain on the medicinal value of saffron for those suffering from dementia. (Those countries produce 80% of the world’s saffron supply, so they can best afford to experiment with it.)
Like the other spices mentioned above, saffron joins them as a strong anti-inflammatory. This spice offers neuroprotective effects, which may be a formidable deterrent to the onset or progression of Alzheimer’s symptoms.
No matter which spice you choose, it appears you can’t go wrong with any of these four brain-health-protecting powerhouses. Any food that can help reduce inflammation anywhere in our body is going to be beneficial to our overall health. It’s encouraging to see how these and other spices may soon become incorporated as a valid and effective treatment for dementia-related diseases. For other health-related articles, see GetThrive.com.
Sources:
http://www.ijpvmjournal.net
https://draxe.com/health-benefits-cinnamon/
https://www.ncbi.nlm.nih.gov/pubmed/16190627
https://getthrive.com/facts-turmeric/
https://www.ncbi.nlm.nih.gov/pubmed/23374025

No Time to Exercise? Here’s A Way To Squeeze It In! 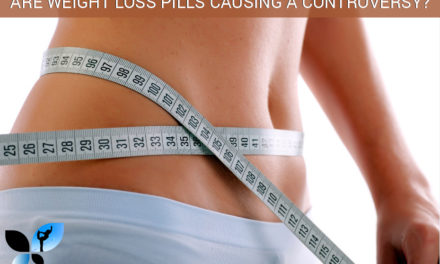