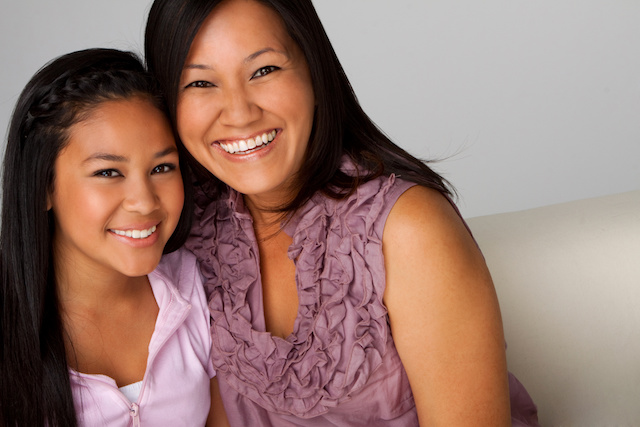 It seems every generation has a supplement or activity that claims will make your baby smarter. The current controversy amongst experts is the effectiveness of adding DHA to prenatal vitamins and to infant formula. Does the addition of DHA in products formulated for moms-to-be or their newborns lead to baby geniuses?

Docosahexaenoic acid (DHA) is a nutrient found mostly in fish and fish oil. It’s been touted that DHA nourishes brain cells. Whether it does or doesn’t, we will review below. In the meanwhile, if you’re using this product during pregnancy, rest assured it is perfectly safe. Those experts who rebuff the recent findings of the effectiveness of DHA on the brain, still say, “You might as well take it, because it can’t hurt.”

What is true is that DHA accumulates in the brain and in the retina of the eyes during fetal development, in babies, and in toddlers. This fatty acid definitely plays a part in the development of the brain and vision. Depending on how much fish, fish oil, or other omega-fatty acids a mother ingests, the level of DHA will vary in her breast milk. So, we understand that breast milk contains DHA.
Back in the 1990’s, several studies concluded that formula-fed infants showed lower levels of DHA in their brains. Hence, the formula-making companies decided to add DHA, to make their product more similar to the content of breast milk. However, studies today, two decades later, cannot scientifically prove any neural- or vision-related developmental benefits by supplementing with DHA.

Although the addition of DHA into prenatal and newborn products have taken the marketplace by storm, it doesn’t mean it’s really doing anything “better.” It’s costing the consumer more money, that’s one thing. But, as far as creating a smarter baby—that claim cannot be substantiated.
The results of a randomized, controlled study was recently published in the Journal of the American Medical Association. Researchers analyzed data from children of moms who supplemented with DHA. They found no effect of prenatal use on I.Q.’s when they tested the children at seven years old.
Another review of studies was also just published by the Cochrane Collaboration. Their findings from 15 separate trials (which included almost 2,000 children) showed no “brain boosting” signs from DHA supplementation. (The children were tracked from birth to mid-childhood.)

Also back in the 1990’s, a series of videos/DVDs emerged called Baby Einstein. They never came out and said, “these will make your baby smarter”, but they marketed the product as a tool to “increase developmental skills.” After much research over the years, the children who watched the videos had no greater I.Q. or ability to learn than those who didn’t watch.
In fact, pediatricians don’t even condone screen use for babies under two years old. Additionally, the Journal of Pediatrics published a study last decade that showed these videos as unhelpful tools. In some cases, they even showed “slower word development.”

Jumping on the bandwagon of a trend may not always be as beneficial as it’s presented. In the case of Baby Einstein, in the long run, it’s nothing that will negatively hurt your child. If she’s entertained and engaged, that’s a good thing—even if it’s not making her “smarter.”
Parental attentiveness is still the baby’s most valuable learning tool. Talking, singing, and playing with your infant will stimulate your baby’s brain in the healthiest of ways.
As for supplementing with DHA, it’s neither good nor bad. The best way, nutrition-wise, to affect your child’s brain is with a well balanced diet. While pregnant, take care to eat whole foods and items high in nutrients, fiber, and good fats. When your child is old enough to eat “real” food, introduce him to some fish now and then. Fish is a phenomenal brain food.
Check out more details about brains and good health at GetThrive.com
Sources:
https://www.nytimes.com/2017/03/30/well/do-dha-supplements-make-babies-smarter.html?_r=0
http://jamanetwork.com/journals/jama/article-abstract/2612605
https://psychcentral.com/blog/archives/2010/03/03/does-baby-einstein-help-toddlers-learn/
http://www.webmd.com/parenting/baby/infant-development-9/brain-development?page=2

Here’s How to Get Yourself Motivated – and Stay That Way

Sugar and Spice…Not as Nice