Running from Cancer, Did You Know that you can Significantly Reduce Your Risk of Getting 13 Types of Cancer?

Are you getting at least an hour each day of physical activity? How about 30 minutes of moderate-level activity five days a week? Or at least 20 minutes of intense workout three days a week? If yes, congratulations! If no, then you are not meeting the recommended minimum weekly exercise requirements—just like more than half of the American population.
Exercise boasts results such as: mood improvement, weight loss, hormone balancing, increased metabolism, clear skin, lower blood pressure, and the positive list goes on. But now, researchers have discovered that the more often you exercise, the less likely you are to develop 13 different types of cancer.
The National Cancer Institute conducted a study over the course of approximately 11 years. Researchers focused on 1.4 million participants, how much they exercised, and whether they had been stricken with some form of cancer over the duration of the study.
JAMA Internal Medicine recently published the findings: over 186,000 cases of 26 different types of cancer had evolved. Here’s the good news—the people who exercised more frequently had a lower risk of getting 13 of those recorded cancers from the study.
The greatest reduction of risk (in those who worked out a good amount of time and with moderate intensity) was in esophageal cancer. A person who exercises regularly has a 42% less chance of getting it than someone who doesn’t exercise enough.
Other types of cancer where the risk was lessened was: liver, lung, kidney, colon, bladder, and seven others—including breast cancer, which had a 10% reduction risk.
The study also concluded that even taking yoga classes or walking quickly counted as forms of exercise. As mentioned, the researchers remained focused on physical activity as a possible deterrent to certain forms of cancer. Whether the participants smoked, drank, or engaged in unhealthy eating habits were not factors regarded in this particular trial.
The Centers for Disease Control want to remind the public that although 150 minutes of exercise per week may sound like a lot, it’s closely equivalent to the amount of time spent watching a movie or an evening of television. And, the upside is that workout time can be spread throughout the week (as long as some vigorous movement occurs at least three times or more.) Move with energy, stay healthy.

Repair Your Gut and Brain with this Exercise

The No-Secret, Successful Way How To Get Rid of Belly Fat 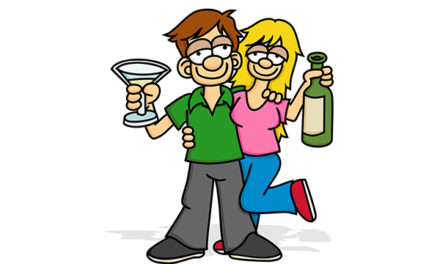 Which Drunk Are You?