A Parent’s Guide for Pokémon Go

Unless you live under a rock, you’ve likely heard of Pokémon Go.  The augmented-reality game available on smartphones has created an international viral craze.

As with most technological advancements, Pokémon Go has its pro’s and cons.  For starters, the game has taken young people away from their couches and comfy chairs of the indoors.  The game requires hunting and active bodies to be successful.  While most video games are sedentary in nature, Pokémon Go is anything but.
Additionally, given the time of year, virtually everyone throughout North America and Europe is in the midst of weather that encourages outdoor play.  Had Pokémon Go been released in the winter, the game may never have experienced the type of success that it has.
However, some accuse the game of creating an oblivious army of zombies as well.  While searching for Pokémon characters in neighborhoods, parks, and urban areas, participants have often found themselves trespassing and creating dangerous atmospheres for themselves and those around.

For instance, one couple was arrested earlier this month for jumping the fence at the Toledo Zoo while playing the game.  Homeowner’s Associations, Parks and Recreation Departments, and first responders have had to issue bulletins with safe-play instructions.  The Los Angeles Fire Department went so far as to tweet that 911 was to be used for emergencies only, not Pokémon Go-related issues.
And while the phenomenon rages on, one thing is clear: Nintendo, the game’s creator, has revived itself from an extended period of irrelevance.  Everyone may not enjoy the impact of the game, but its success is undeniable.

So, what are parents to do?  Well, encouraging your kids to be physically active comes easier when “EVERYONE ELSE IS DOING IT.”  Playing a game that will likely be a fad for the summer months could be worse.  But having a basic understanding of what the game requires so that boundaries can be in place for your children is wise.
No one should make his or her way onto private property without permission.  Trespassing is a serious crime and distracting law enforcement officers from more pressing concerns due to issues like these are not helpful.
No wildlife or plant life should be disturbed as a result of playing the game either.  The benefits of playing outdoors should not be counteracted by anything that leaves nature worse off than it was beforehand.

So talk to your kids about responsible ways to play the game, and maybe even participate with them.  Who knows…maybe you’ll find a new bonding experience!

Lead Poisoning in Children is More Prevalent than You Know 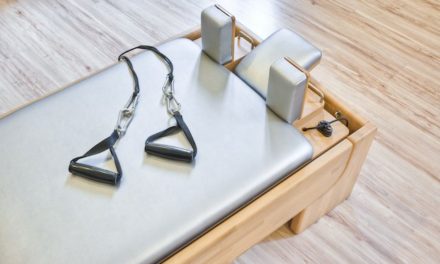 How To Correct Posture With Pilates