Sometimes it seems that the crankiest, most pessimistic people stick around the longest. But according to numerous scientific studies, that’s just not true. Those with an optimistic attitude recover from illness and surgery more quickly and live longer, healthier lives.

Years Worth of Positive Proof

Studies have been conducted in the US and Europe on the link between optimism and longevity for decades. In mostly every occurrence, a positive outlook predicts better overall health and life span. Individuals displaying pessimistic attitudes, across the board, have had higher rates of death than their positive-thinking counterparts.
One study, begun around 1965, examined over 7,000 personality tests; students entering the University of North Carolina at that time were given a comprehensive questionnaire, which ultimately determined their level of optimism and pessimism. Over the following 40 years, the study analyzed any deaths, their cause, and results from the personality test. Final Tally: the pessimists had an over 40% higher rate of mortality than the optimists.
Another US study reports the benefits of optimism on, specifically, blood pressure levels. Over 2,500 men and women, aged 65 and older, were tested. Those with the lowest blood pressure, on average, were those with the most positive attitudes.
A 50-year study analyzed the correlation between high optimism and good health. Over 3,000 twin individuals were given personality and general health questionnaires. This research is fascinating because it pointed out that optimism may be linked to a person’s genetic make-up. Nonetheless, the optimists reported excellent mental and physical health decades after their original testing.

A study recently published out of Finland reports the dire results from those with pessimistic outlooks. Specifically, this research focused on participants with (or at high risk of) coronary heart disease. The researchers aimed to analyze links between personality and heart disease (not just physical and behavioral factors.)
After 11 years of observation, those who died from heart disease were significantly more pessimistic than optimistic. This held true for both men and women. The researchers concluded that imbuing a negative attitude provided a substantial risk factor for death from heart disease.

Optimists tend to lead healthier lifestyles. They build and maintain stronger support systems. University of Miami psychologist Charles S. Carver, PhD, claims optimists are more likely to exercise, and less likely to smoke. Positive-attitude folks tend to have lower levels of the stress hormone cortisol in their blood. All of these factors can certainly reduce the risks associated with heart disease.
A fair question may be: Is optimism a genetic or learned practice? Some studies link positive attitudes with genes. Others show that familial and environmental factors assist in helping an individual to develop an optimistic outlook. And many experts agree that cognitive behavioral therapy may be a tool to increase a person’s level of overall positivity.
Then, it would seem that whether you’re born that way or decide to be that way, optimism is a possibility for anyone. So if optimism correlates to better health, why not choose that path? 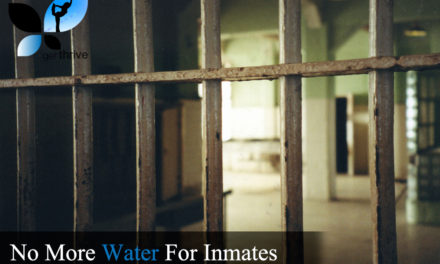 No More Water For Inmates