New breaking evidence: Larvicide not Zika may be causing microcephaly

What’s new in the Zika world: There is a potential new development in the search for the cause of a stunning onset of microcephaly in Brazilian newborns that may be as harrowing as it is comforting.
Comforting because? The numerous cases of infants being born with tiny heads and underdeveloped brains might not be related to the Zika outbreak after all. Harrowing because it is still a public health threat.
The NEW story: Instead of Zika virus’ effect on pregnant women as a possible cause of almost 5,000 cases of microcephaly in Brazil since the 2015 outbreak, one group of doctors concerned about Brazil’s extensive use of agrichemicals is pointing to a larvicide employed, ironically, to kill the Zika-spreading mosquitoes.
What the docs in Brazil are saying: In a report earlier this month the group PCST, Physicians in Crop-Sprayed Towns, said the larvicide Pyriproxyfen, manufactured by Japan’s Sumitomo Chemical and introduced into Brazil’s water system in 2014, is more likely the cause of the congenital condition than Zika.
The group points to the fact that Colombia, which has more than 25,000 confirmed Zika cases, some 3,000 of which are pregnant women and where Pyriproxyfen is not used, currently has no reported cases of Zika-related microcephaly.
And then there is this: The PCST also claims that previous Zika outbreaks throughout the world since its discovery in 1947 have not resulted in increased microcephaly where the virus was active.
The story: The Brazilian state of Pernambuco, which hosts a high population of the Zika-spreading Aedes aegypti mosquito, introduced Pyriproxyfen into its water supply in late 2014. It now has some 35 percent of the countries incidents of microcephaly, PCST claims.
The continuing alert: Earlier this year, the World Health Organization sounded the alarm on a possible connection  between the Zika virus in expectant mothers and subsequent microcephaly, but it has been cautious not to link – either officially or scientifically –  the birth defect to the epidemic.
What is being done?  Though the Brazilian Health Ministry and Sumitomo have dismissed the doctors’ claim, stating it lacks logic, sense and a scientific basis, the Brazilian state of Rio Grande has suspended the use of the chemical in its water supply. 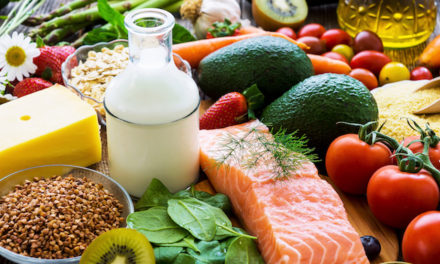 Healthy Food Can Be Nutritious and Delicious

How To Correct Posture With Pilates