How Many Steps Each Day For Best Health?

It’s not uncommon these days to hear a friend, family member, or co-workers exclaim, “I have to get my 10,000 steps in today!” That seems to be the number everyone has set for a goal. According to varying sources, however, that may not be enough.

Too Many to Think About? Too Much to Lose if You Don’t

10,000 sounds like an awfully huge number—especially when it comes to steps. It almost sounds as if you kept stepping in a straight line, you might be able to get to the next state before the end of the day. But the reality is, yes, it’s a lot of movement, but it’s also very doable for most adults.
The benefits of walking, being on our feet, and getting movement are worth thinking about. Your risk of heart disease, weight gain, and bad cholesterol all increase the longer you sit each day. However you spend your day—whether it’s in an office, at home, or wherever, it’s important to think about how and when you can move your body. Then, you actually have to do it.

Some experts claim that we should meet or exceed 7,500 steps per day to maintain health. They also warn that 5,000 or less can definitely cause a decrease in physical health. So who’s saying we should do more than 10,000?
There have been two studies in the recent past whose findings encourage 15,000 (or more) steps each day for maximum benefit:
One study focused on a group of people who live in the jungle of Bolivia. These folks were engaged about five to six hours a day, on their feet, doing some type of activity. They were physically active, but not necessarily running or going to the gym. The average male tallied about 17,000 steps per day and the women around 15,000. Their heart health showed to be over 20 years younger than their American counterparts’ hearts.
Originally published in The Lancet, researchers from that study also revealed shocking findings about sitting. They discovered that certain metabolic activities shut down when we don’t use our legs. This allows an accumulation of fat in the blood and significantly increases the level of bad cholesterol.
The other study came out of Scotland, where scientists analyzed the heart health of postal workers and also office workers. Those mail-deliverers who were on their feet most of the workday were found to have decreased risk of coronary heart disease. Those who registered 15,000 steps or more virtually had zero risk factors.
Conversely, those who sat in the office and did not “step” mindfully throughout the day had a much higher risk for heart disease. They also had larger waist sizes, higher bad cholesterol, and lower good cholesterol.

Who’s Got the Time?

The authors of the latter study estimated that 15,000 steps per day are roughly equivalent to three and a half hours of movement.
If you build that movement into your day from the moment you arise until you sleep, it is realistically doable. We need to seize every opportunity to move our bodies. It can be as simple as walking something to the trash, as opposed to tossing it from across the room.
Some of the step-tracking apps and devices offer tips on how to achieve your daily goal. So as to not feel overwhelmed by the large number, they suggest you think of steps in smaller increments. For example, every hour, see if you can fit in an average number of “steps.” If you’re awake 16 hours a day, if you averaged 800 steps each hour, you’d log almost 15,000 for the day!
800 steps could take anywhere from 8 minutes to 15 minutes. Placed in that perspective, it means being on your feet a quarter of an hour (or less) each hour. If you were to take a walk during lunchtime, you could conceivably rack up over 2,000 steps just in that space of time.
There are countless ways to make your steps add up as you proceed through your day. You could walk to work, park far from the building, or get off public transportation a stop early. Cleaning up the house and doing chores count, too! And if you have young ones to chase around, now you can look at it as an added health benefit.
This is all great news—until it becomes stressful. Don’t fret about racking up mega-thousands of steps if you feel it’s impossible (today). Tomorrow is a new day. And you can always build up. And most importantly, it’s that you apply yourself and remain mindful that your best health interests lie in some type of movement daily.
Sources:
www.GetThrive.com
http://time.com/4745061/how-many-steps-walking/
https://www.verywell.com/should-you-make-15-000-steps-per-day-your-goal-4138310 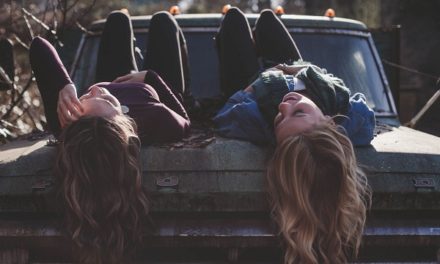 4 Stress-Free Ways to Connect with Others: Feeling Better in a Lonely World