Is This The Least You’ll Weigh All Year? 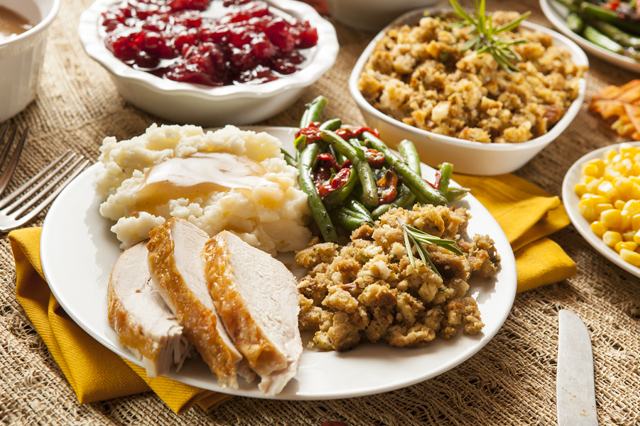 According to a semi-global study, late October and early November are peak times for  “best” weights for Americans. It’s right afterwards, during holidays, that we tend to grow larger (and we don’t mean taller.)

The New England Journal of Medicine recently published its findings from a three-country study. The weight loss-and-gain of Americans, Germans, and Japanese folks were observed. Around this time of year, late fall, Americans weighed in at their lowest compared to the rest of the year.
In Germany and Japan, the results were the same. Thousands of participants were tracked using wireless scales. In all three countries, the participants’ weight rose within 10 days after Christmas Day. The heaviest day for mostly everyone in the study was around New Year’s Day.

The common thread between all three countries is that a major holiday falls in a similar time period. Each of those holidays is celebrated with food—and lots of it. In America, of course, there’s Thanksgiving. In Germany, it’s Christmas, and in Japan, Golden Week.
Although the greatest weight gains were observed through November and December, the study also showed that there was significant weight gain around other major holidays as well.

It isn’t all downhill for our waistlines after the winter festivities. On a positive note, the study showed that up to half of the weight gain was lost pretty quickly after the holidays.
The Other News (…Not so Encouraging)
There’s a reason why gyms do amazing business after the first of the new year. Everyone signs up wanting to shed the extra weight they recently acquired. According to the study, the bummer news is that about half of the weight that was gained in the winter tends to stay on until summer (and sometimes beyond.)

If you don’t mind (or truly enjoy) being part of this statistical study, then don’t give any of this another thought. Eat, be merry, and worry about it later.
If, however, you really don’t want to gain weight during the holiday season, some serious mindful eating will need to come into play. Food celebrations will be all around you, tempting you. Mashed potatoes, stuffing, pies, rolls, egg nog, the list can and will go on… You will need to make some hard and fast choices.
Will you nibble here and there, so you won’t feel deprived? Or will you eat very healthy, smaller portions most of the time in order to indulge yourself a small bit? Or will you kick up your exercise regimen in order to burn the extra calories?
Clearly, the less you gain, the less you have to lose. Keeping that in mind, don’t stress—just try and make the healthiest decisions and stick by them. Enjoy your comforts and the people in your life. That will feed your soul well.

Yoga Is A Way To Explore Strength, Peace, And Harmony