Is There An Antibiotic To The Rescue?

Is there any new drug that can save us from the current status of resistant antibiotics? Most are scared and feeling hopeless. Some, however, believe perhaps so—maybe there’s a “miracle” cure?
It’s been a while since doctors and scientists warned us about the perils of misusing antibiotics. Because of overprescribing and administering drugs improperly, some bacteria have become resistant to antibiotic use. This trend has created the more-than-often, invincible, Superbug.

The Superbug is Super Bad

Bacteria can change form and mutate. And that’s exactly what has happened in our public health arena. The antibiotics we once used to kill off infection now do not have the ability to fight of the Superbug.
What’s a Superbug? Basically, it’s a bacteria that can’t be killed even using multiple antibiotics. Each year, at least two million people experience an infection that cannot be cured. Of those stricken, approximately 25,000 die. FYI, any bacteria, in theory, and unfortunately in reality, can turn into a Superbug. The most common is MRSA (both community and hospital acquired.)
Another FYI: You can get a non-curable bacterial infection from a paper-cut. This is not a “disease” caught from risk-taking action in foreign lands. You can get a drug-resistant bacterial infection in your dentist’s office, at your local gym, or from a door handle.
This is a serious problem. If we think back to times before antibiotics were developed, people commonly lost limbs, organs, and lives to bacterial infections. Penicillin was discovered in 1929, but it really wasn’t until the 1940s that this type of medication was available and administered.
Now we have a situation where researchers and health experts are scrambling to keep up with an antibiotic that is as powerful as today’s Superbug. Back in the 1970s, this happened with penicillin—strep pneumonia and many venereal diseases became resistant. Then in 1999, a new class of antibiotics called Oxazolidinones, were invented. But these, too, have lost their effectiveness against certain bacteria.

A New Discovery That May Be Super Good

Often, the pharmaceutical industry will take an existing antibiotic and reformulate it to keep up with the bacterial mutations. This is what scientists are now doing with vancomycin. The Scripps Research Institute in La Jolla, California has modified vancomycin to boost its potency. Their newest study is the third modification that’s been made to that drug.
The lead scientist, Dr. Roger Boger believes the newest formation of vancomycin offers a dramatic increase in effectiveness. It’s currently being used to treat the most powerful bacterial infections and seems to be working. It’s one of the only medications giving MRSA (Methicillin-resistant Staphylococcus aureu) a run for its money.
In layman’s terms, MRSA is basically a Staph infection that you can get anywhere, and won’t go away—at all. This updated formulation of vancomycin may just be the help doctors and patients have been seeking.

Take Nothing, Especially Antibiotics, For Granted

Just because this new study presents great news on the fight against the bacterial infection front right now, doesn’t mean it solves a larger problem. Infectious organisms are ever-changing, which means we continually have to keep a step ahead. Scientists will always need to discover new agents, as well as reformulate and update old ones.
It’s a continuous journey for infectious disease researchers. If they take a break, or rely on antibiotics as they stand currently, it will mean that the bacteria will mutate and out-run us. This will occur especially because of unfortunate ongoing practices by certain doctors and patients.
Here are some steps to take to help keep you, your family, and the public healthy from incurable infections:

Smart use of antibiotics and mindful living are key factors in controlling the spread of drug resistance. It’s hopeful when we hear news of treatments that can conquer “untreatable” conditions. Doing our part, can only help keep that hope alive and thriving. Check out GetThrive.com for other pertinent articles on today’s health concerns and benefits.
Sources:
https://www.fda.gov/Drugs/ResourcesForYou/Consumers/BuyingUsingMedicineSafely/AntibioticsandAntibioticResistance/default.htm
http://www.upi.com/Health_News/2017/05/30/Scientists-boost-power-of-vancomycin-against-resistant-superbugs/4451496167011/?utm_source=fp&utm_campaign=ts&utm_medium=13
http://www.abc.net.au/science/slab/antibiotics/history.htm
http://www.webmd.com/a-to-z-guides/news/20150417/superbugs-what-they-are#1
http://www.pharmacytimes.com/publications/issue/2004/2004-12/2004-12-4835 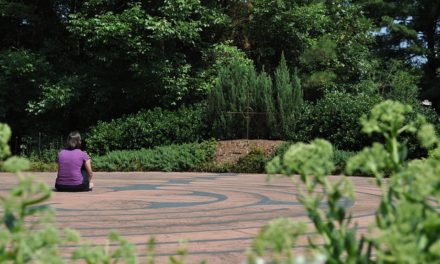 Tried And True Ways To Relieve Stress And Anxiety

Quick, Nutritious Breakfasts That Will Fit Your Family’s Dietary Needs