Is Lighthouse Parenting Your Style? Is it Effective?

Each generation seems to have a new style of parenting; currently, the  lighthouse approach appears to be popular—but is it effective?

As we evolve as humans, hopefully so does our parenting style. In days of yore, it was commonplace to whip your child if he wasn’t complacent. You could even dole out corporal punishment to other peoples’ kids. Nowadays we call that child abuse. No parents are perfect. And for the most part, the majority of us try our best. Today’s parents tend to want to raise their children a bit differently than the way they were raised. Hence, this “new” concept of lighthouse parenting.

The idea behind good parenting should be to prepare your child for her independence in society. The goal should be that they become capable adults who manage their lives successfully. How to guide them to that end is a philosophy that will differ from parent to parent. No one can agree that there is one “right” way to parent.
Sociologist an author E.E. Masters listed five parenting styles back in the 1970s. He explained that parents often used a combination of these, depending on circumstances. They are: the Martyr (parents do everything their child wants); the Pal (parents don’t set limits- they’re buddies); the Police Officer (parents make kids obey rules and punish); the Teacher/Counselor (parents are the all-knowing); and the Athletic Coach (parents prepare kids for the game of life.) Parts of this theory still lives on…
Helicopter parenting seems to be dwindling but still exists. The term was coined back in 1969 when Dr. Haim Ginott wrote the book Parents & Teenagers. It became a dictionary entry in 2011. Basically, parents hover over their kids and over-protect them. They don’t allow their children to fail or succeed on their own. How will they fare later in life? Not always so successfully as studies are now showing.

Lighthouse parenting sends a message to your kids that you trust them. This leads to their becoming confident and able. Dr. Kenneth Ginsburg has written a book titled Raising Kids to Thrive. He explains this parenting style as us being the lighthouse on the shore. The children are the ships on the sea. We keep an eye on them, but we’re distant helpers.
Dr. Ginsburg asked 500 teenagers across the country how they felt their parents could best protect them. The majority of the kids said parents should be watchful and available, but not intrusive. They don’t want their parents to treat them anxiously or angrily—they prefer calm and stable communication. Parents should have high expectations, but offer unconditional love if and when the child falls.
Gentle reminders and advice are encouraged so that the kids learn on their own, but still, have guidance when necessary. It’s an interesting and certainly an evolved form of parenting. Some of these tips may be worth implementing. Whether it’s effective remains to be seen. And, of course, each child is different as are boats. And no two lighthouses are identical either. Most importantly, let your children know you love them.
If you enjoy reading about parenting, families, and children, check out more articles on www.GetThrive.com

The Facts About Turmeric 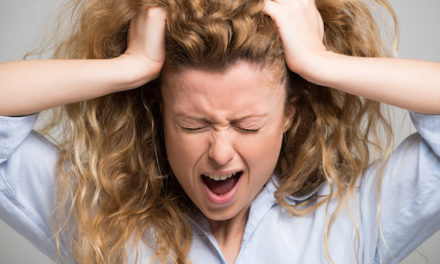 How to Relieve your Mind of Emotional Junk

Running from Cancer, Did You Know that you can Significantly Reduce Your Risk of Getting 13 Types of Cancer?