Why Your Gut Microbiome Should Be a Priority

Your gut communicates with your brain. It’s true. In fact, your gut is your brain’s executive assistant, constantly taking and sending important messages. It’s for this reason, that for optimum health, you must make maintenance of your gut microbiome a priority.

What is My Gut Microbiome?

A microbiome is the place where microorganisms live and hopefully thrive. It’s like a mini-ecosystem. Your gut is an environment where microbes can either flourish along with each other—or duke it out. Balance is crucial.
Gut bacteria, which is an essential part of your microbiome, can either increase your well-being or, conversely, play a significant role in the development of poor health. A fine balance of good bacteria can boost your immune system. It also promotes serotonin production, which we know regulates our moods and can affect social behavior, appetite, sleep, and sexual function.

What Happens When My Gut Microbiome is Unhealthy?

First off, an “unhealthy” gut microbiome would be one that was moderately to severely imbalanced. Bad bacteria would outnumber and overpower good bacteria, for example. Unfortunately, this happens quite frequently. Think about when you take antibiotic medicines.
Antibiotics kill the bad bacteria, relieving you of your infection or illness—but, they also eradicate the good guys. If the good ones aren’t replenished, balance will not be restored. Bacteria take no prisoners and their competitive nature will strive to kill off rival bacteria.
When the result is that your gastrointestinal tract has more bad microorganisms than good, you wind up with fewer allies to communicate with your DNA. This leaves you more susceptible to physical AND mental disease. A dysfunctional gut microbiome participates in the creation of many diseases including: obesity, depression, MS, and (recently discovered) Parkinson’s, among others.

Medical News Today reported that, “…eating a plant-rich diet nourishes bacteria that helps protect against disease.” It’s actually the good gut-bacteria that communicate with our DNA. That communication (from plant-based food ingestion) goes to our brain and to the rest of our body!
A recent study utilized mice as participants. Researchers raised half of the subjects on a Western diet (high in sugar and bad fats), and the other group on a diet rich in vegetables and fruits. The plant-based fed mice had amazing gut biomes. Existing gut bacteria fed on plant fiber and the DNA became phenomenal communicators, enriching overall health. Additionally, there was an abundance of good bacteria that helped the mice protect themselves from developing or acquiring the disease.
The mice that lived on a Western diet lost out to pathogenic bacteria. Gut bacteria was malnourished and starved for nutrients. The low fiber consumption also didn’t help with digestion as a whole.

Parkinson’s disease can be identified by an accumulation of proteins in the brain. (The alpha-synuclein proteins cluster and forms fibers. It’s the fibers that damage brain nerves, which eventually cause the physical behavior, “twitching”, and tremors we see in Parkinson patients.)
In a newer study, a particular type of gut bacteria has been identified in those diagnosed with the onset of Parkinson’s disease. Evidently, a chemical produced by said bacteria increases those proteins in the brain. It is possible that those proteins (implicated in Parkinson’s) traveled all the way from the imbalanced gut.
Some medical experts are advocating the use of probiotics and other gut-balancing treatments to prevent and assist with the disease.
Sources:
www.pdf.org/winter16_asynuclein
http://articles.mercola.com/sites/articles/archive/2016/12/14/feed-gut-microbes.aspx
www.medicalnewstoday.com/kc/serotonin-facts-232248

How To Lose Belly Fat For Women

Allergy Survival Guide: 7 Tips on How to Survive Allergies This Year 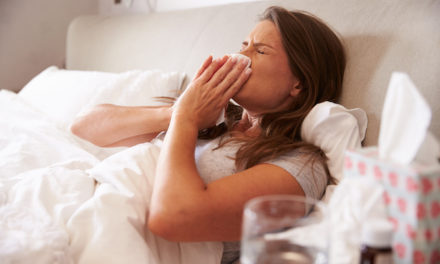 Get Prepared for Cold and Flu Season