What Foods Do Nutritionists Think are Healthy?

Hundreds of nutritionists as well as 2,000 other Americans were polled about which foods they think are healthy. The results showed some shared beliefs but also some huge differences in perception of healthy foods.

The New York Times recently conducted its own study on the perception of healthy foods. The purpose was to get a consensus of which foods nutritionists and “regular folk” regard as healthy. For the study, the NY Times enlisted a consult group, who in turn polled 2,000 Americans. The participants were asked to rate 52 common foods in order from unhealthy to healthy. Additionally, over 600 nutritionists from the American Society for Nutrition were asked to do the same.
The results showed how nutritionists’ belief in the healthiness of certain foods varied from what the average American believes. Even some of the nutritionists, however, were split on particular foods. The consensus on butter, for example, was varied for everyone polled. The same mixed feelings occurred on the topic of whole milk and red meat.
The mixed reviews on these three specific foods point out that their nutritional value must be inconclusive. A prominent nutritionist Dariush Mozaffarian explains, “…we only know about 40 or 50 percent of what we need to know about nutrition.”

What Everyone Thinks is Good

The Americans surveyed agreed with the nutritionists on the healthfulness of several common foods. Oranges, apples, and avocados ranked among the highest in goodness. Spinach, kale, olive oil, and almonds were top choices too. Turkey and chicken made the highs ranks as well.

What Everyone Thinks is Bad

Regular soda, chocolate chip cookies, and ice cream were deemed the unhealthiest by everyone polled. Bacon, white bread, diet soda, and beer were just a couple of percentage points higher on the list, but still extremely low in good nutrition. On a scale from zero to 100 percent, hamburgers ranked at only 30% healthy for all those surveyed.

Here’s Where We Can Learn

Assuming these 600-plus nutritionists understand good food value, here’s information from which we can learn. The study points out that granola bars are deemed healthy by fewer than 30% of the experts. About 70% of the public, however, believed the bars to be healthy. Here’s the difference. The nutritionists know how much added sugars are in the popular food. We may not know because labels can misrepresent.
The Food and Drug Administration (FDA) has recently agreed to review its labeling standards. Some foods we think are healthy simply are not. And, unfortunately, we have been misguided for years.
The nutritionists expressed that sushi, wine, shrimp, hummus, tofu, and quinoa are all excellent. The public didn’t seem aware of the high levels of nutritional value in these foods. Perhaps it’s because they are not “common”—yet. The other take away from this study is that most everyone agreed that “no special rules or restrictions” comprised the best diet. Balance and moderation are key.
For other articles on diet and nutrition, check out www.GetThrive.com 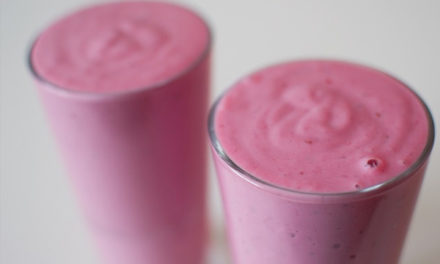