Don’t have the healthiest body image? It’s not surprising—and there are several reasons why.  Below, we explore 2 different causes and how we can begin to overcome these negative perceptions.

Our perception of how we physically appear to others begins early in childhood. We continue to form perceptions of how attractive we are (or aren’t) as we graduate from childhood into adolescence. This self-appreciation or self-criticism continues to develop on through to adulthood. Feedback we get from peers, family, and the media all effect how we eventually see ourselves.

Perhaps one of the most pervasive reasons why healthy body image is distorted is because of the media. Tweens and teens are obsessed with social media, which flaunts perfectly composed selfies. Comments are quickly posted either praising or shaming the poser’s “attractiveness.” Girls compare themselves to others in bikinis, mini skirts, and prom dresses.
Actress Jennifer Aniston recently published an essay in the Huffington Post on this very issue. In her disgust with continual tabloid fabrications about her body, she decided to speak out. She explained that she’s, “…fed up with the sport-like scrutiny and body shaming that occurs daily under the guise of “journalism,” the “First Amendment” and “celebrity news.”
Little girls and young women see distorted photographs of otherwise realistic-looking females. The subjects are airbrushed to appear blemish-free, small-waisted, and have perfectly sized, symmetrical breasts. The message is sent early on that if they don’t look like that, they’re not attractive. As Anniston adds, “The objectification and scrutiny we put women through is absurd and disturbing.”

A recent study out of Cornell University depicts interesting results about female body image. Over 500 women between the ages of 20 and 35 were involved in the research. They were asked to recall if their parents discussed their weight when they were growing up. They discovered that parents who commented on their daughters’ weight caused negative perceptions for the females later in life.
As it turns out, weight-related remarks are damaging in two ways. One is that the girls can grow up to have an unhealthy, high BMI. That category was 27 percent more likely to recall their parents talking about their weight. The other bad effect revealed was that even those women who now have a healthy BMI, still have a negative self-image. As parents, better to stay quiet and model by making healthy food choices. Make the focus about health rather than weight.

Sometimes what we see in the mirror isn’t satisfying. It shouldn’t be that way. It’s important as women, we learn to love ourselves inside and out. Acknowledging your feelings and exploring their origin can help you melt away the negative thinking patterns. Dancing, moving, and yoga can help you rediscover the beautiful you. Believe it and you’ll be it.
Check out www.GetThrive.com for more articles about positive self-image and beauty. 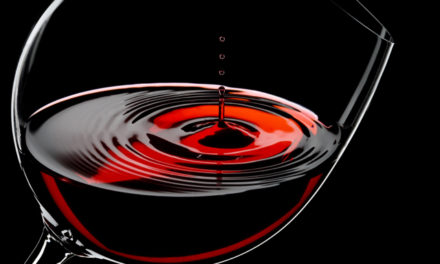 Green Workspaces: How You Can Benefit as a Student or Employee