Researchers may have discovered a way to identify early Alzheimer’s using a device that examines eyes.

A study out of the University of Minnesota has linked what can be happening in the brain through the use of an eye test. So far, there hasn’t been a way to detect the onslaught of Alzheimer’s before the physical and behavioral symptoms appear.
When Alzheimer’s strikes, the brain, and the eye’s retina undergo similar changes. Scientists understand that Alzheimer’s patients possess an amyloid plaque build-up in the brain. That build-up causes progressive cognitive and memory decline. Until now, there’s been no way to view when that build-up begins. That would be the extremely early stages of the disease.
Detecting the very early stages (before symptoms even appear) can be crucial in the advancement of Alzheimer’s treatment.

The eye exam measures change in the reflection of light off of the retina. The patterns of light changed progressively as Alzheimer’s further sets in. The experiment was done with mice.
The retina and the brain are connected as part of the central nervous system. So, as changes in the retina occurred, the researchers noted similar changes happening in the brain. Using a specialized device, they could more readily view changes through the eyes.

Dr. Robert Vince, director of the Center for Drug Design, noted, “This technology is a noninvasive way to identify Alzheimer’s disease before plaque is formed.” What this means is that we may be able to test medications on Alzheimer’s patients before it’s too late. By the time a patient displays symptoms and a doctor makes a diagnosis, the plaque has already built-up.
Using this retina-imaging device, researchers plan to begin human clinical trials. It’s a fascinating way to make an early diagnosis in a noninvasive and relatively inexpensive way. The hope is to bring us closer to developing a treatment—one that can stop the progression of the disease and its symptoms.
For other articles relating to up-to-date research, Alzheimer’s, dementia, and other health conditions, check out www.GetThrive.com 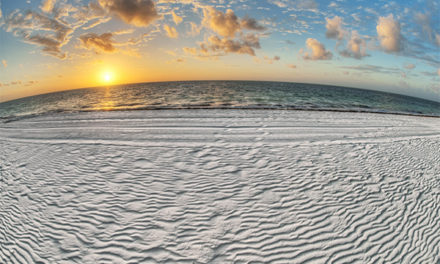 Weight Loss Quiz: Do You Know What’s Working and What’s Not?