Exercise That’s Good for Your Knees and Hips

As we age, we tend to complain more about physical pain. A couple of common areas are our hips and knees. Believe it or not, however, a new study has revealed that recreational running may be of benefit to those parts of our body.

A study, which reviewed data from over 100,000 runners from all over the world, showed that those who ran for recreation reaped several benefits. One, of course, was improved heart health. The other discovery, however, was that fewer developed hip or knee osteoarthritis than those who were sedentary or ran competitively.
In fact, only a little over 3% of recreational runners developed arthritis in the knee or hip joints. That study out of the Mayo clinic included both men and women. Once again, exercise can prove to be a form of preventative medicine.

To Run or Not to Run

Competitive runners were found to have the greatest risk of developing hip or knee arthritis. That percentage was slightly above 13% (and “competitive” was defined as those who identified as elite athletes, competing regularly and/or internationally.) Those folks who just sat around (or didn’t run at all) had about a 10% rate of arthritis in knees and/or hips.
Researchers out of Brigham Young University also studied the results of this particular analysis, which was published in the European Journal of Applied Physiology. They observed the knee and hip joints of recreational runners for signs of inflammation after a 30-minute jog. Not only did they not find inflammation, they found that the exercise created an actual anti-inflammatory effect in the applied chemical markers.
One of the scientists remarked that this study “did not indicate that distance runners are any more likely to get osteoarthritis than any other person.” Long-term joint health may yet be another benefit to recreational running.

Exercise, including recreational running, can help lower blood pressure, tension, and improve overall wellbeing. With stress levels lowered, the mind can relax more and decrease incidences of anxiety and depression.
The brain even benefits from running activities. According to a study done in 2016, runners’ brains showed increased, synchronized activity between different parts of the brain. More connections were made in the brain as different parts of the body moved simultaneously while running. This involved areas generally used in higher-level thought such as multitasking, visual processing, and decision-making. Whether you choose to run or jog recreationally will all depend on your will and your physical ability. Regardless, any type of physical activity in which you embark upon will offer you rewarding health benefits. Check out GetThrive for more tips on physical and mental wellbeing.
Sources:
https://www.nytimes.com/2016/12/14/well/move/running-as-the-thinking-persons-sport.html?_r=0
http://www.upi.com/Health_News/2017/06/02/Regular-recreational-running-may-benefit-hip-knee-health-Study/3591496422926/?utm_source=upi&utm_campaign=mp&utm_medium=2

What Do Almonds, the President, and Discipline Have in Common?

How Many Steps Each Day For Best Health? 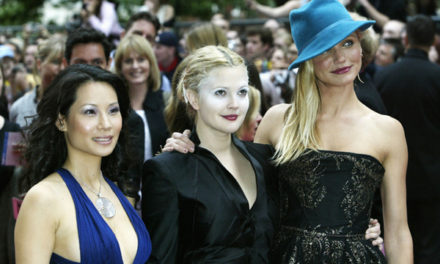 Charlie’s Angel Reveals Personal Experience with Aging: How You Can Benefit

Mental Health and the Effects on Your Baby