Don’t Panic, but the Zika Virus is in the US!

The mosquito-transmitted virus, Zika, has arrived in the U.S., and it’s a significant health threat. The governor of Florida has requested a federal emergency response team.

Back in January of this year, Dr. Campbell raised concerns about the spread of Zika to the U.S. In his interview on MSNBC, the doctor spoke candidly about the growing health threat of this virus here at home and worldwide.
At least 14 cases have been identified (thought to be originated) in a section just north of Miami, Florida. The particular location is an “arts district”, known for its murals, galleries, and restaurants. There is a significant amount of construction in the area, along with small pools of standing water. It’s a perfect breeding ground for mosquitoes.

One of the biggest problems with this potential epidemic is that many people don’t know if they’ve contracted the Zika virus. It’s a mild disease and some people develop a fever, rash, or redness in their eyes. Others have no symptoms. So you could get bit, contract the virus, and never know it.
U.S. health officials are now warning pregnant women to avoid that part of Miami. If you’ve been in that area recently, it is urged that you get tested for Zika. It’s a simple blood or urine test. Women and men concerned they’ve been exposed should wait at least two months before trying to conceive a baby. Both genders are carriers of the virus.
The Zika virus can lead to microencephaly, a severe defect, causing abnormal smallness of the brain and head to newborns. Pregnant woman is at significant risk if bitten by a mosquito carrying the virus.
There is not enough pervasive information or awareness regarding the transmission of the disease and its effects. Many of the people walking around the Florida art district were confused when asked if they knew about the virus.

Over 1,500 cases reported in the U.S. came from a different location. Those people either traveled to a Zika-infested region or had sexual relations with someone who had gone abroad. The virus is spread via mosquito bite and sex—the only two ways we know right now.
To date, over 200 people have been tested in the Miami-Dade areas and over 2,300 in the state of Florida. Of those, almost 400 people have been positively diagnosed with the virus.
Agriculture officials in the state announced they would immediately implement an increase in mosquito spraying. There will also be stronger efforts in other ways to control the mosquito population.

Stay clear of standing water, piles of garbage, dense brush, and other places mosquitoes like to hang out.
Wear lighter-colored long sleeves and long pants. You can also use a mosquito net over your head. Applying essential oils or a solution containing DEET are the best ways to avoid attracting mosquitoes.
If you get bit, it’s recommended to wash your bite with soap and water immediately. Dab either rubbing alcohol or witch hazel on the spot to kill germs, dry it out, and help relieve itching. If you’re in a high-risk area, get tested. Better safe than sorry.
If you’d like to see Dr. Campbell’s MSNBC interview on Zika, click here.
For other up-to-date information on health, family, diet, and exercise, check out www.GetThrive.com

Is Being an Older Mom a Good Thing?

Are Heartburn Medications Linked to Alzheimer’s?

How To Get Back into the Swing of Work or School 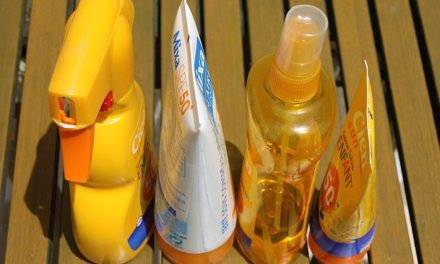