Information on the benefits of Meditation often seems repetitive and tedious. This time, however, a study conducted with prison inmates utilizing Transcendental Meditation offers very exciting results.
This study has shown that meditation practice has made for incredible, significant improvement in physical, mental, and behavioral health.

Surely, those incarcerated are, definitely, under far more stress than those who are not in prison. Being confined, in and of itself, is enough to create incredible trauma. Aside from that, those who have been imprisoned may have had trauma long before they arrived in their cells.
So, let’s just agree that inmates suffer far more stress than those who live a “free” life. In fact, traumatic events are four times more prevalent for those incarcerated than those on the outside.

The worse the trauma, the worse the victim makes decisions now and in the future. That’s why so many who experience trauma (and not just convicted criminals) tend to choose self-destructive paths through poor choices.
Besides behavior snafus, these unsavory choices tend to lead to adverse mental and physical health conditions. Innocent people who suffer from trauma, if not treated, can suffer from heart and metabolic disease, autoimmune disorders, and even cancer.

It’s Not All a Downer—There’s Positive News!

Over the years, there’s been a ton of positive studies proving the benefits of meditation. This particular current study reveals an amazing advantage for those practicing Transcendental Meditation (TM). According to the Permanente Journal, this was the largest randomized controlled trial of TM’s effect on trauma symptoms.
The TM program showed to lower hypertension and decrease anxiety and depression. Practicing TM also showed a significant reduction in sleep disturbance.

What is a Transcendental Meditation Program?

Transcendental Meditation is a technique, by which you repeat a mantra, in order to avoid distracting thoughts in order to reach a state of relaxed awareness. The practice has been said to “produce a profound state of restful alertness.” It is a form of Mindfulness-Based Stress Reduction (MBSR), and its benefits can be astronomical.
A team from Harvard in 2011 found that MBSR can actually change the structure of the brain. Scans showed improvement in the hippocampus (learning and memory) and a decrease in the amygdala (fear, anxiety, and stress).
Other studies have been conducted using TM on veterans and refugees—all showing a reduction in trauma symptoms. The results of this and various other studies point out that TM can be an effective therapy (along side others) to reduce symptoms of stress-related disorders.
Whether you pay someone to “teach” you TM, learn it on your own, or merely practice “traditional” meditation, any form can reap healthy, and positive results.

Issues You Must Discuss with Your (Aging) Parents

Is Your Spirit Healthy? 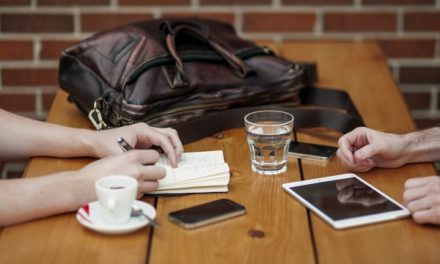 Why You Should Learn to Say NO