Are You Predisposed to Opioid Addiction?

In the US, there is an epidemic of painkiller and heroin addiction. One biotech company is developing a DNA test that can identify if you are predisposed to opioid addiction.

When using medication for pain, there is an assortment of side effects that can develop. Too much ibuprofen can cause rashes and stomach bleeding. Too much acetaminophen (especially if taken with alcohol) can cause liver damage. And these are over-the-counter medicines.
Doctors often prescribe opioid-based pharmaceuticals to treat moderate-to-severe pain. The writing of prescriptions was slackly distributed to patients young and old for too many years. In 2014, drug overdoses in America hit an all-time high. And according to the CDC, six out of 10 of those overdoses were opioid-related. Almost 19,000 people died from painkillers—most accidentally.

A cheek-swab DNA test has been created by a California bioscience lab called Proove. The physical test is combined with a patient questionnaire. One of the lead developers claims the results are about 93% accurate. The results depict a patient’s opioid addiction risk.
Some in the medical field doubt the efficacy of such a test. They believe that a good doctor monitors the patient’s symptoms and response to medication—and that’s the best “biomarker.”
Proponents of the DNA test feel this is advancement towards placing fewer people at risk of opioid addiction. Once the biotech company’s claims are peer-reviewed, more details regarding its success rate will be available.

As mentioned, the numbers of opioid overdoses are staggering. But another crucial problem is the increase in heroin use. Prescription painkillers become addictive. Many heroin users begin using because it’s a similar high to the opiate-based pills, is cheaper, and more readily available.
We’re not just talking about adults here. Data collected between 2009 and 2013 from a survey of 15,000 high school students in an ongoing nationwide study was analyzed. The findings were that 75% of high school seniors who abuse opioid prescription drugs have used (or are still using) heroin.

If a swab DNA test can tell you if you’re predisposed to opioid addiction, you and your doctor probably won’t want you to take painkillers. There are synthetic prescription alternatives available for short-term use like Tramadol.
There are also non-medicinal pain-relieving options as well. Numerous studies, along with patient testimony, have given Tai Chi, yoga, and acupuncture their due place at the top of “modern” healing practices. The National Institutes of Health (NIH) has publicly stated that non-drug approaches to pain management can be significantly beneficial.
In the best of all worlds, you wouldn’t suffer from unmanageable pain. Keeping our bodies healthy and making safe choices can help prevent illness and injury. If, however, you find that pain gets the best of you, give it some worthy thought before taking any opioid-based medicine.

Exercises to Lose Belly Fat for Men: Is There a Wrong Type of Workout? 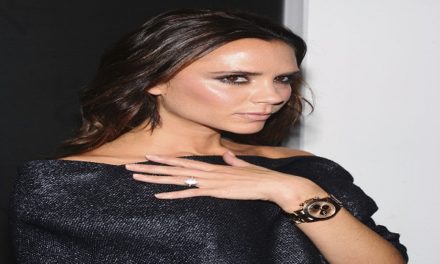