Medical providers generally suggest a colonoscopy for those 50 years old and above. There has been, however, a noticeable increase in rectal cancer for those in their 20’s and 30’s. What’s more worrisome is that the increase is not due to genetics, but perhaps, rather, environmental factors.

“Someone born in 1990 would now have twice the risk of colon cancer and four times the risk of rectal cancer than at the same, had they been born in 1950,” according to researchers at the American Cancer Society and the National Cancer Institute.
Frighteningly, colorectal is the second leading cause of cancer deaths in the U.S. Lung cancer is the number one cancer killer.

How Could It Possibly Be Me?

Doctors and researchers cannot absolutely pinpoint the cause of this growing trend of younger people being diagnosed with colorectal cancer. One hypothesis is that someone in his 20’s is less likely to suspect that signs and symptoms of the disease are pointing towards cancer.
Screenings for this type of cancer, as mentioned, are not recommended for those under 50, unless they’re in a high-risk group. High-risk might include someone with Crohn’s, IBS, or an Autoimmune disease such as HIV. And because younger people aren’t paying attention to symptoms, and not getting tested, often the colorectal cancer is finally detected at more advanced stages.
Not having access to health insurance can also thwart someone from getting screenings or seeing a specialist.

Because of suggested screenings, rectal cancer in those over 50 is often found at an early stage. Back in 1985, approximately 225 people out of 100,000 (over age 50) were diagnosed with colorectal cancer. As of 2013, those rates changed to 116 out of 100,000.  That’s a significant drop in numbers.
Additionally, when a 55-year old notices blood in her stool, she apt to question its origin more than a 25 year-old would. Often, blood found on toilet tissue is mistaken as a sign of bleeding hemorrhoids. Obviously we shouldn’t panic over certain signs, but there may be some that are worth discussing with a physician.

Yes, newer studies and data are showing increased numbers in younger people diagnosed with colorectal cancer. However, the truth is that the rate of people in their 20’s getting the disease has only increased by two cases for every 200,000 people per year. In 2013, the research showed that approximately 8 out of 100,000 adults under 50 were diagnosed positive for the cancer.
And although the colorectal cancer rates are rising slightly in the younger set, the mortality rate has not increased. Younger people are not dying at higher rates. It’s still fairly uncommon to be diagnosed if you’re under 50, but the rates are rising—and quickly.

There is an increased risk of getting any cancer, amongst any age group, when “healthy, mindful living” isn’t part of one’s habitual daily life. Sure, there are folks who smoke, are obese, never exercise, and never get cancer. But, that might be called a “fluke” or “getting lucky.”
How we treat our bodies reflect how well it treats us. And sadly, there, too, are folks who get diagnosed with cancer who’ve taken great care of themselves all along. That unlucky roll of the die is most likely attributable to the toxins in our air, water, and soil.
Regardless, you can decrease your risk, overall, if you are mindful of the foods you eat, the air your breather, the water your drink, and your body’s stress levels. High fiber, low fat, organic foods can help keep your digestive system functioning at optimum capacity. Daily exercise also lends to expelling toxins, increasing oxygen-rich blood, and experiencing less tension and stress. All of these behaviors can certainly keep you healthier than if you didn’t practice them.
Sources:
http://www.clickorlando.com/health/born-in-the-90s-your-colon-cancer-risk-could-be-rising
https://www.cancer.org/cancer/colon-rectal-cancer/detection-diagnosis-staging/signs-and-symptoms.html
http://chicago.cbslocal.com/2017/03/01/doctors-warn-of-colon-rectal-cancers-spike-in-young-adults/

Can a High-Protein Diet Help with Weight Loss? 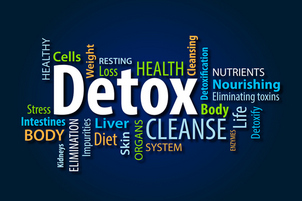 What Do Detox and Wraps Have in Common?

Diabetes Symptoms In Women You Can't Afford to Ignore

8 Tricks to Keep Your Diet This Holiday Season