Is Acetaminophen Safe? Details That May Surprise You

Acetaminophen is regularly prescribed (and available over-the-counter) as a pain-reliever. We know that improper and overuse of Tylenol and other brand and generic versions of acetaminophen can potentially cause liver damage. What reporter Lecia Bushak explores are multiple other studies that point to possibly seven other negative effects from using the drug.

Acetaminophen may cause more harm than good

1) …reduce your ability to feel positive or negative. A team at Ohio State studied the drug’s ability to reduce empathy. The team’s leader, Baldwin Way, hypothesized that acetaminophen may dull a part of the brain that registers emotional pain.
2) …cause death in hundreds each year. According to a ProPublica analysis of three sets of data, up to 980 people die each year of causes related to acetaminophen use (many of them, liver damage), and over 300 die from direct acetaminophen overdose.
3) …muddle your ability to problem-solve. Dan Randles, author of a study that delved into how the drug affects pathways in the brain, stated, “It looks like acetaminophen makes it harder to recognize an error, which may have implications for cognitive control in daily life.”
4) …subtly effect our emotions and make us feel less distressed. Bushak describes it making us feel “less existential.” A study conducted back in 2009 found that acetaminophen could reduce feelings of social rejection.
5) …effect testosterone in unborn babies. One report suggested that the drug could possibly lower testosterone in fetuses if taken by the pregnant mother—based on a 2015 study that linked acetaminophen to lower testosterone in male infant mice.
6) …be connected to ADHD and kids. One study reported more ADHD-like symptoms in their children (after they had taken Tylenol during pregnancy.) It was never concluded, however, that perhaps other factors attributed even more to the increased risk of ADHD symptoms within some children.
7) …not work for back pain. Acetaminophen is still proven useful to treat pain from headaches, toothaches, and other random aches and pain.

Correctly used doses of Acetaminophen can be effective in relieving minor aches and pains.

Properly administered dosages of acetaminophen, used only when needed, should not present further health issues. Allows follow directions, do not overuse, and do not mix with alcohol. There are also many other natural and holistic ways of reducing and combating pain. Here’s one of the best medicines in the world at getthrive.

A Parent’s Guide for Pokémon Go 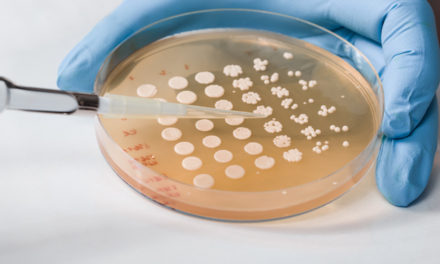 Sure Red Wine Has Benefits, but Wait, White Wine and Champagne are Healthy Too?

Spice up Your Brain Cells!